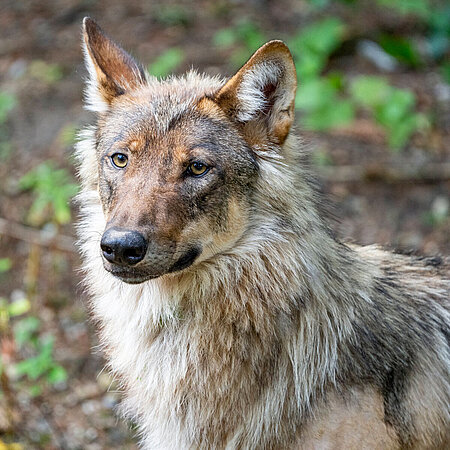 The wolf was once the world’s most widely distributed mammal. Thanks to its remarkable adaptability, it was able to survive in a wide range of habitats – from the Arctic to forests to the steppes. However relentless hunting in the 19th century led to large parts of the populations in North America and Europe being wiped out. Since 1998, wolves have been observed returning from Eastern Europe to Germany.

With the advent of livestock farming, the wolf became increasingly perceived as a threat – it’s not for nothing that fairy tales often feature the character the Big Bad Wolf. Fear of the wolf resulted in man eradicating the wild predator in many countries. However, several centuries ago wolves were revered by hunter-gatherers. Evidence of this admiration is still present today in names like Wolfgang and Wolfram.

Wolves have an exceptional sense of smell. They can detect prey up to 2 km away and track an animal three days after it has gone.