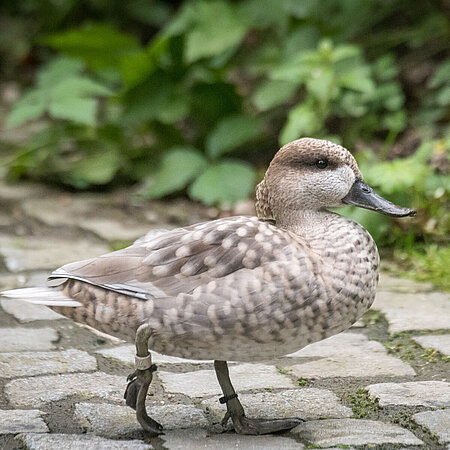 The marbled duck can typically be found in shallow fresh or brackish lakes, ponds or lagoons in regions that are otherwise dry. The female builds the nest on the ground in dense vegetation. She incubates the eggs on her own, while the male leaves to form loose swarms with other drakes.